A letter of thanks from Wadeye 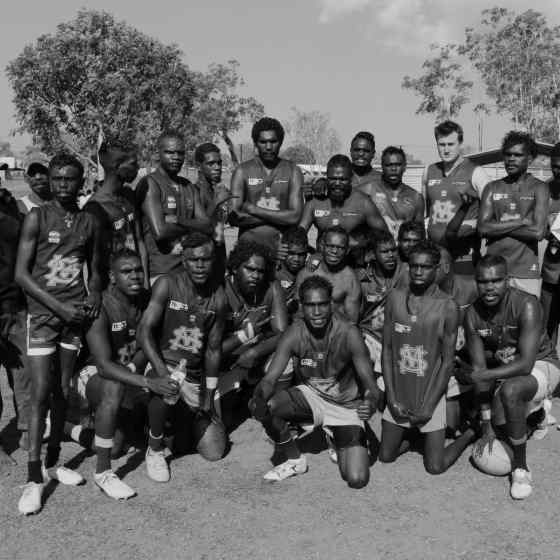 I will give a very brief background on my role in footy in Wadeye so we can show its progression.

I started volunteering at the local Wadeye football 2 seasons ago. When I first started volunteering with the foot,y nearly every game broke out into a fight. Some games had the crowd run on to the field throwing rocks at each other. Over time, this had slowed down thanks to the police being involved. Over those two seasons when I was volunteering, no-one was suspended for their actions. I went to some of the committee meetings and committee members wanted action but nothing would happen. Because I was in a volunteer role I couldn't really suspend anyone as it wasn't part of my role.

This year I was successful in getting the AFL RDM job in Wadeye. Over the last two years watching guys run around after a footy and belt each, I was finally in a role where I could make a change. I developed a strong committee with captains, coaches, respected people in the community and police. The committee and I made a set of by-laws that we all agreed on. It was still tough for the coaches to accept when a suspension was handed out as they didn't think I would follow through with it but, the community, players, and coaches are seeing the benefits. The community has come a long way in footy with violence decreasing, but we are still getting the occasional fighting off the field.

Last Saturday Charlie King visited Wadeye to watch St Mary's vs Crows in the Grand Final. St Marys and Crows are the two oldest teams in the competition and biggest rivals. Originally we had scheduled a night game to start at 6:30pm. Due to community concern over fighting we changed the time back to 4pm so it would be easier to manage if fighting broke out. I had spoken to both coaches that the by-laws still run into next season, the police also spoke to the coaches. When Charlie arrived we went and met with the police and he spoke to them about the NO MORE violence campaign. After we visited police, we went and saw both the teams and Charlie talked about stopping the violence. Both teams chanted "no more violence." I could see a lot of the old people were happy to see Charlie reinforcing the message. ... Both the teams linked arms to show their support that there will be no more violence. I believe having Charlie come out and reinforce the no more violence message has had a big impact on the Grand Final. It is a really strong message sending out to our footballers. A lot of people were expecting a big fight to break out, which was not the case. This is the first Grand Final I have seen in Wadeye where a big fight hasn't broken out and it's a huge credit to the committee, police and the NO MORE violence campaign.

I believe the football community in Wadeye is ready to move on to the next stage and start to put in domestic violence action plans for each of the clubs.