NO MORE Campaign Club Man of the Year Award 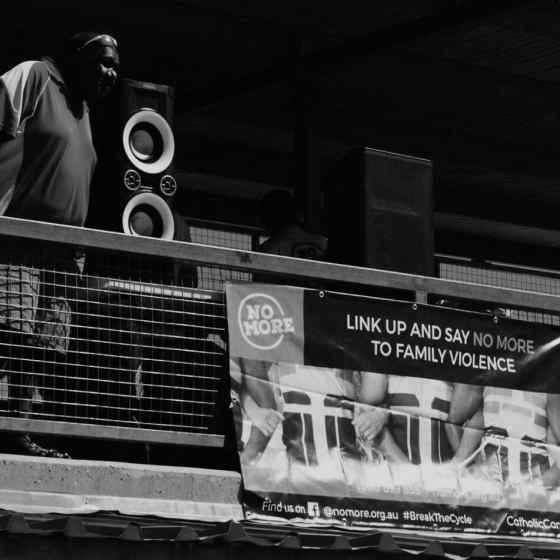 Phil is a stalwart of the club having served it for more than three decades as firstly a player, then as a club official and coach at both senior and underage levels.

He has been instrumental in the NO MORE Campaign’s influence in the community, stretching as far back as 2008 when Ltyentye Apurte famously linked arms before playing at the MCG in a curtain raiser to the “Dreamtime at the G” AFL match.

He also used his influence earlier this year to play a major role in helping facilitate the club’s commitment to work alongside NO MORE to develop a club Family Violence Action Plan.

His efforts on the microphone over the Sports Weekend each year are not only highly entertaining, but also critical to the football carnival running smoothly and finishing on time.

Phil’s persistence between games PA promotion of community safety, after carnival school attendance requirements and road safety messages, is an important factor in why the weekend was so successful and trouble free.