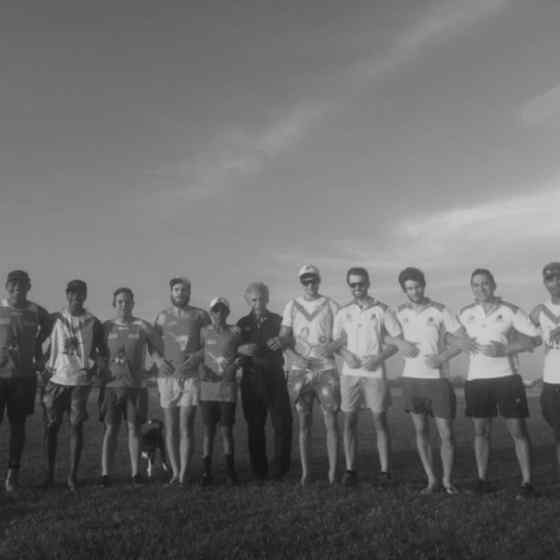 Due to the acquisition of funding to provide a Family Violence Men’s Program, Broome and Kimberley Men’s Outreach Service invited NO MORE Campaign founder Charlie King to visit Broome to discuss ways to get the community thinking about how everyone can be part of the Family Violence solution.

During his two day visit, a full itinerary was put in place where he was to deliver the message to the Men’s Outreach Service, Clontarf students and teachers at the Broome Senior school, Broome Prison, prisoners and staff, WA Police District Superintendent, DCP representatives and Anglicare that form the WKFVRT (West Kimberley Family Violence Response Team), a Community Business Breakfast, catering for 75 persons and to several radio talk shows.

The Broome Bulls have registered a DVAP and became the first to do so in the Western Kimberly Football League (WKFL).  The WKFL have been sparked by the Broome Bulls and now intend that all eight clubs in their competition prepare DVAPs.

The Bulls propose to enhance their call to end Family Violence by placing the NO MORE logo on their guernseys and follow the linking arms procedure at each of their home games during the 2018 season, which commences in April.  They are also working  on a player exchange with the Ramingining Football League, which is also a strong advocate of the NO MORE Campaign.