Cowboys to ride with NO MORE 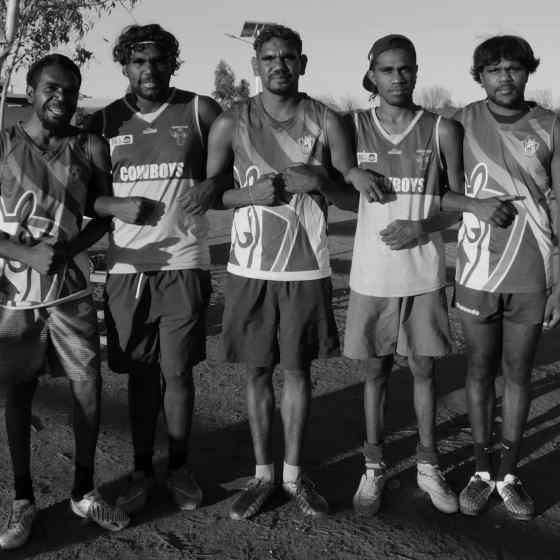 The Cowboys follow their Anmatjere neighbors the Ti Tree Roosters, AFL Barkly Premiers Sporties Spitfires and the Central Australian FC Redtails, as clubs that have agreed to work alongside the CatholicCare NT NO MORE Campaign to develop club DVAPs.

Cowboys’ Assistant Coach Jamesie Stafford said club leaders considered the commitment to engage players in family violence education and awareness sessions to be an approach that will have long term benefits for the local community.

“Playing football for the Cowboys is the main community activity most of the young men living in Laramba participate in, and many of our future community leaders are likely to come from within their ranks,” said Mr Stafford.

“Very few of our senior players though have ever been exposed to any awareness education or formal discussion about family violence before.”

“In terms of handing over the leadership baton, we already encourage our senior players to educate and mentor the youngsters about football, and they do that very well.”

“With increased awareness and knowledge on ways to reduce and resolve family violence issues, our senior players will be better placed to use their mentoring skills to guide the youngsters in the right direction with off-field behavior as well.”

Central Australian NO MORE Campaign workers Roy Arbon and Stan Coombe have been canvassing local sports clubs and encouraging them to implement DVAPs.

Coombe said much of the credit for the Cowboys’ commitment should be directed toward Laramba community leaders, who actively encouraged the club leadership to sign the DVAP Agreement.

“Central Desert Regional Council (CDRC) President Adrian Dixon and local Night Patrol worker Steven Briscoe have both coached the senior side in past seasons and they, with support from a handful of other older men, were great contacts for us to liaise with,” said Coombe.

The Cowboys’ commitment has strengthened the NO MORE Campaign’s foothold in the CDRC district and its Anmatjere Ward in particular, with two clubs in the region now set to implement and develop DVAPs. 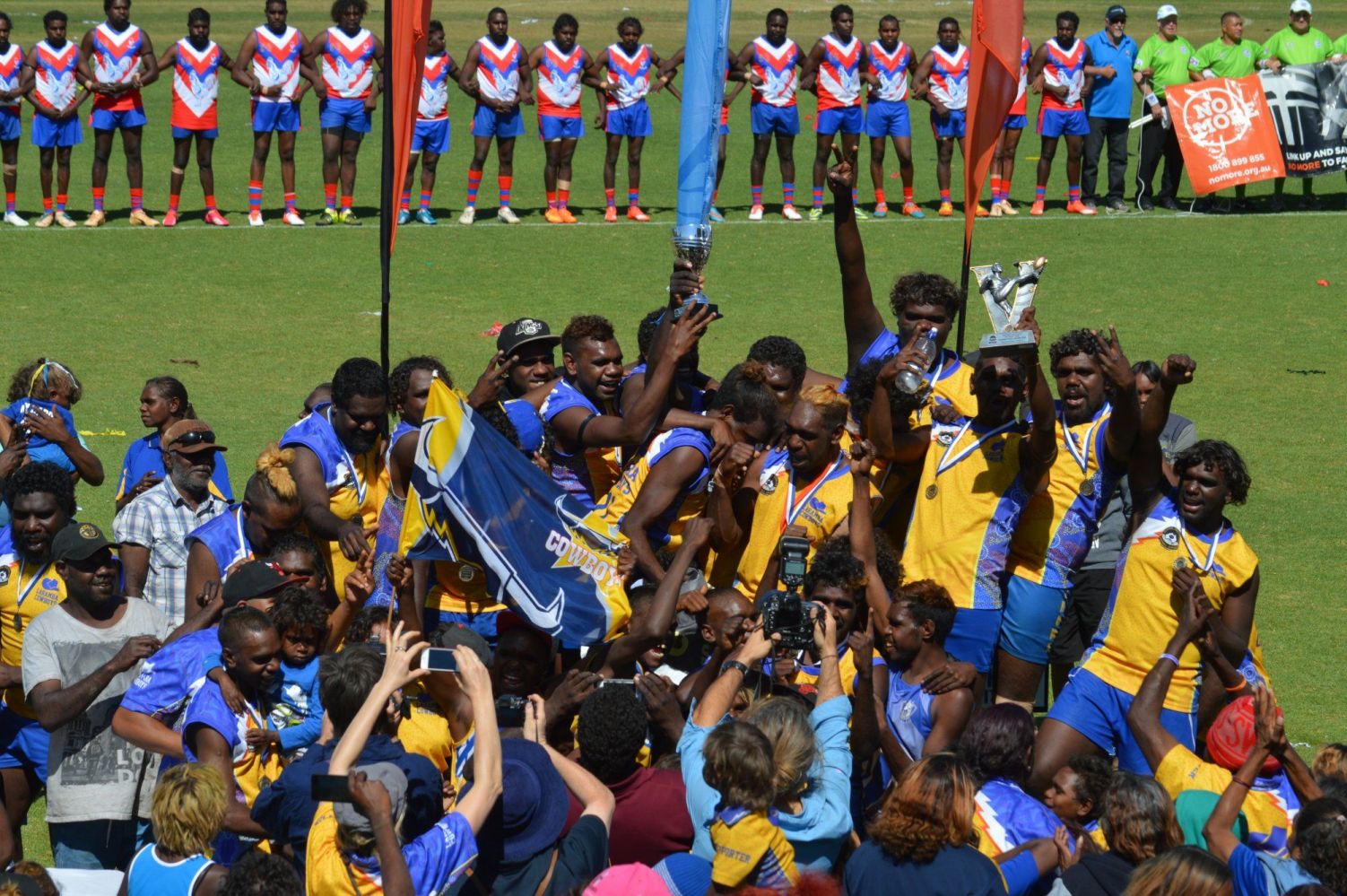 Photo taken by Kevin Prior