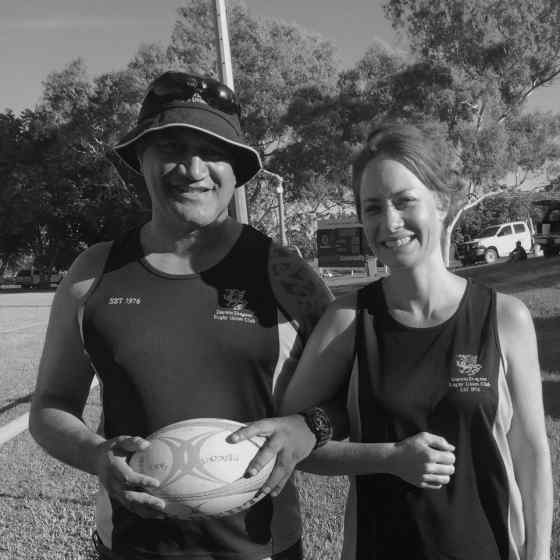 The Darwin Dragons are the first Rugby Union Club in Australia to develop their own Domestic Violence Action Plan (DVAP). The club has been implementing initiatives since the start of last season to do what they can to reduce family violence in their community.

“The initial plan was the launch our club’s DVAP last year but for whatever reason, it didn’t eventuate,” said Westrupp.

“Included in our DVAP, which we will be launching at this weekend’s games, we have nominated our Vice President Kenny Sutton to set up educational info sessions to send out a clear message on how we as a club will respond to and report on domestic violence.”

NO MORE Campaign Founder Charlie King is pleased that the Darwin Dragons are leading the way in Rugby Union for the Territory.

“We would like to congratulate the Darwin Dragons committee on making this a priority for the 2017 season; the more clubs that have DVAPs in place, the more focus we can put on reducing family violence and supporting those families that need help,” said King.

The Darwin Dragons Rugby Union Club will launch their DVAP on Saturday 29 April at 5.30pm at Rugby Park Field 2 in between the Reserve Grade Men’s Game and the First Grade Men’s Game.