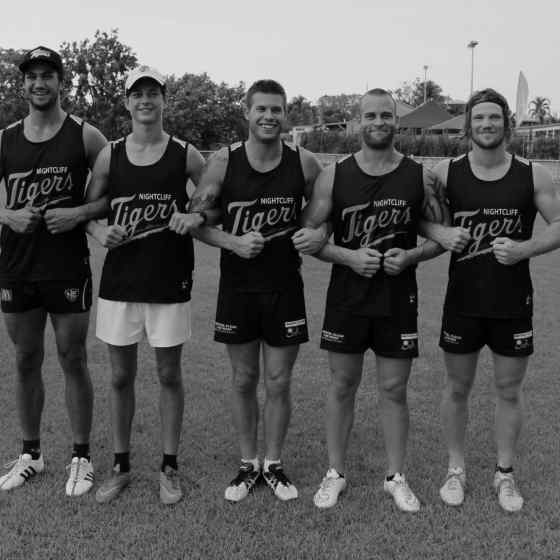 AFLNT is pleased to announce its partnership with the Northern Territory's NO MORE Campaign and have agreed to introduce a Domestic Violence Action Plan (DVAP) for all 15 clubs in the 2016/17 TIO NTFL season.

It is the first time in the history of the NTFL competition that all clubs, including non-Premier League clubs, have signed a license agreement stipulating they introduce a DVAP.

While each club will be responsible for the rollout of their own plan, the NO MORE Campaign led by its founder, Charlie King, will be on hand to guide and support the clubs.

The Nightcliff Football Club, who currently has a DVAP in place, has also offered to share its experience in developing a DVAP with its on-field rivals.

AFLNT CEO Michael Solomon said that while the DVAP implementation was a condition of the NTFL club license agreements he has been pleased with the response.

“The reaction from the clubs has been overwhelmingly positive. They know that they are seen as community leaders and with that comes a responsibility to set the example of acceptable attitudes and behaviour.”

“We have already seen the benefits of working with the NO MORE Campaign in Alice Springs and some of our remote communities this year – Maningrida and Wadeye just to name a couple, so we are confident that the same positive outcomes for the community can be reached with the NTFL clubs,” Solomon said.

Earlier this year the Central Australian Football League (CAFL) was acknowledged with inductee status at the 2016 NT Sports Awards for working with the CAFL top tier clubs and Division 1 and 2 community clubs in facilitating the creation and signing of DVAPs.

NO MORE Campaign Founder Charlie King said he was proud to see the NTFL clubs make such a commitment to reducing family violence.

“Working with communities across the Territory we’ve seen the power of sport, in particular, AFL, have the capacity to facilitate change amongst men in their attitudes towards using violence. We have seen a reduction in violence at footy games, which then leads on to a reduction of violence in the home. We are really looking forward to working with all of the NTFL clubs to assist them in developing their domestic violence action plans.

“With the increase in the number of women playing AFL now, we need to ensure that we are providing them a safe environment to play and a safe community in which to live. We congratulate the communities themselves for taking on this responsibility and we look forward to working with them and the AFLNT,” said King.