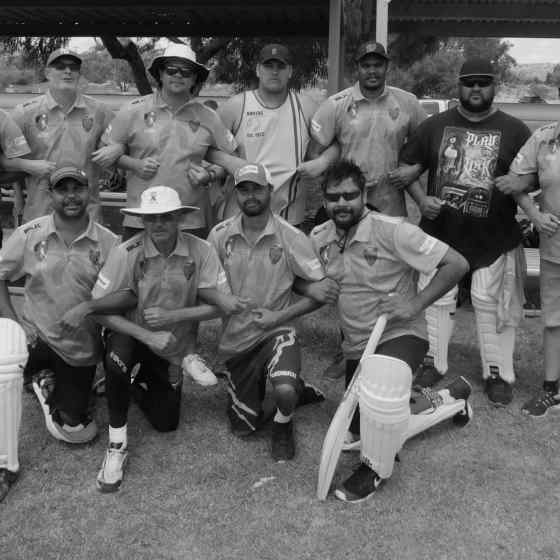 The Imparja Cup was first played in 1994 as get together between Indigenous families from Alice Springs and Tennant Creek.

A total of 40 teams played across the 5 divisions with approximately 500 player participants featuring at the seven venues used around Alice Springs.

All teams across the 5 divisions linked arms prior to their first games, while NT Cricket staff read out a statement in support of the NO MORE Campaign message aimed at reducing family violence.

As well as the NO MORE Campaign message promotion reaching a potential 500 participants, several hundred more spectators were also exposed to the NO MORE family violence message at the extremely well attended Community Finals and Presentations.

NT Cricket’s NO MORE Campaign promotional innovations were highly successful with a large number of signatories to the pledge board featured as a backdrop in presentations, and NO MORE Medals, for representing community values and role model qualities, were well received.

The Major Centre NO MORE Medal was won by Malik Garling.

The first ever Tennant Creek Women’s team to compete in the Imparja Cup had something to celebrate with Keara Baker-Story winning the Women’s Community division NO MORE Medal.

NT Cricket have been great supporters of the NO MORE Campaign and continue to use every opportunity to promote the NO MORE family violence message at competitions played throughout the year.