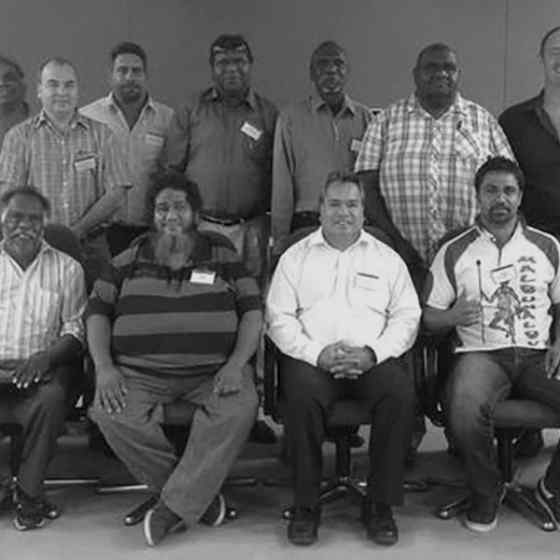 Chief Minister Adam Giles has today received the key recommendations coming out of the recent Aboriginal Men’s Forum from its coordinator Charlie King.

“I thank these men for their advice and congratulate them for taking an active role in the conversation about ending violence against women and children,” Mr Giles said.

“Among the recommendations is a call for men to play a bigger role in ending violence through community-driven programs and the need for more men’s spaces to be created in communities.

“CatholicCare NT’s Charlie King will be the coordinator of the permanent advisory body that will recommend ways of improving support for Aboriginal men and suggest strategies for tackling the disturbing levels of domestic violence in our community.”

“This advisory group will play an important role in reporting issues back to government so they can look at their commitment to men’s programs,” he said.

Mr Giles will continue to work as an Ambassador for this important issue and has tasked the Minister for Men’s Policy, Bess Price with driving it as a priority area for government.

“I look forward to working with the group in the future to stop the cycle of violence in Territory homes. This is about creating a culture of change in the next generation of Territory men,” Mrs Price said.

“Strengthening social values, social cohesion and leadership are all crucial to addressing family and community violence. These conversations and this group are all part of a package that says enough is enough.”

Mr Giles today joined Charlie King for the unveiling of new ‘No More to Violence’ signage at TIO Stadium.

“This campaign is all about raising awareness in the community through sport and calls on men to make a stand against violence,” Mr Giles said.