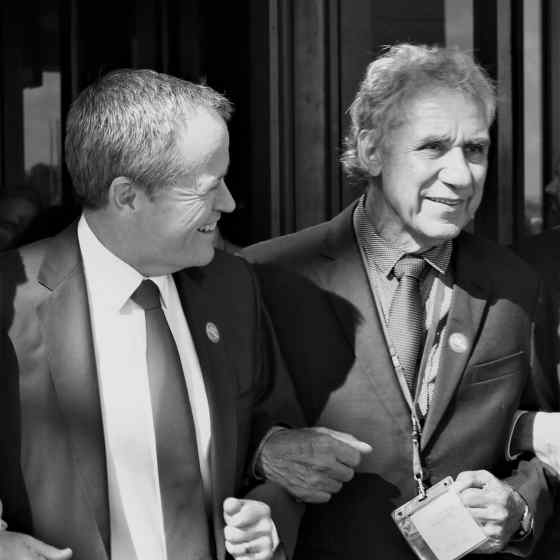 I thank the Prime Minister for his words – and for working with the Opposition to bring this motion to the parliament.

All of us were moved by the Rirratjingu Dancers from Yirrkala who performed out the front of the parliament this morning.

I understand they all paid for their own trip here – and last Friday I’m advised they also raised thousands of dollars for White Ribbon and ‘No More’.

We are graced in this parliament with Aboriginal leaders – walking the walk.

The dance this morning was beautifully performed and told a story of two sisters, two strong women who set about creating country and clan.

Because traditional Aboriginal culture has always respected and revered women and children.

The problems we face now, are modern ones.

A bit over three months ago, at the Garma Festival in East Arnhem I had the privilege of meeting with Marcia Langton and Josephine Cashman – and then listening to their panel discussion with local hero and much-loved Grandstand footy commentator Charlie King.

On that hot day, 4300 kilometres from here, each of those leaders spoke with a burning honesty and urgency.

They told us it was time for men to stand up against violence to women and children.

Their words carried authenticity, the passion and clarity of people who have looked injustice in the eye.

Who have fought disadvantage up close, who have witnessed the inhumanity that violence exhibits.

And with every confronting truth they told, it became clear to all of us in that spell-bound, privileged audience that this was no tale of hardship, no plea for empathy.

It was a call to action.

When they finished, we rose as one – black and white, elders and children, to link arms – and promise: ‘No more’.

Today we bring that pledge to this place, to the house of the Australian people.

And let us bring something of that unflinching honesty too.

The courage to face the facts – and recognise our failures.

To realise we must do more than listen – we must act.

Violence against women does not discriminate.

It is no respecter of postcode, religion, race, ethnicity, culture or income.

Yet by any measure, on every indicator, the rates of family violence suffered by Aboriginal and Torres Strait Islander women and children are a source of national shame.

The Prime Minister detailed the shocking numbers to the house just before.

When it comes to family violence we are two Australias.

They are unable to find secure accommodation, more often.

They are hospitalised because of their injuries, more often.

And they die, more often.

Children from homes broken by violence carry the invisible scars of neglect.

Many end up in out-of-home care, where the Aboriginal population has grown by 440 per cent in the past twenty years.

They lead different lives to their peers. Lives of trauma, and this is intergenerational injustice.

And in this place, we do not have the luxury of shrugging our shoulders, just dismissing such inequality as an inevitability.

We are not entitled to the complacency that one Australian’s misfortune is someone else’s responsibility.

We cannot choose to pass by on the other side of the road.

And from the communities themselves, from the mouths of the elders has come the call: Link up. No More.

Violence has no place in culture and it must stop.

Women and children must be cherished, respected and honoured.

Those words have been repeated on local ovals and echoed on national stadiums.

Arms joined, linking up from the northern tip of our nation, to here in the capital.

Both a promise – and an acceptance of responsibility.

An acknowledgement that violence against women is perpetuated by men. And until men change – change our attitudes, change our actions, change our example – nothing will change.

This morning all of us linked arms in a demonstration of common purpose.

Proof that we are unified in our determination to eliminate family violence from every corner of this country.

To work together Liberal and Labor, National, crossbench, the First Australians and all who’ve followed – until family violence truly is ‘no more’.

I congratulate Charlie King on the pursuit of an endeavour which has taken 10 years. And like all of us who participated today, when we do these moments of standing together, we wonder why it took so long to arrive at that point.

But that moment cannot be the end of the matter.

This motion cannot merely go into the Hansard to gather dust.

The nice words we use today cannot simply vanish into the archive of ritual sentiment for use at another time.

Women and children must have the same rights and the same access to justice – no matter who they are, or where they live.

That means working in every community –at the grassroots, with locals - to support programs like the ‘No More’ network, that change behavior and attitudes and social norms.

We must throw our support, our powerful national support, behind the men and women in each community who are driving this change and setting the example.

The Commissioner of NT Police, Reece Kershaw, who’s here in Canberra today, will tell you because of Charlie, the community leadership and his program there has been a 25 per cent plus reduction in police call-outs related to family violence in Yirrkala.

We should look at every program that the Federal Government administers and its effect on women and children.

We do this in international development, through DFAT, with the programs we fund because we know it works.

We should be prepared to use a ‘gender lens’ when we look at investments in Indigenous Affairs – to see the effect on women and children.

Today, Mr Speaker, let us extend the meaning of ‘No More’ to this chamber.

No more women driven from their homes.

No more communities broken by violence.

No more cuts to legal aid and family violence shelters.

No more ignoring the voices from the frontline.

No more excuses for inaction.