Rirratjingu lead the way in saying NO MORE to family violence 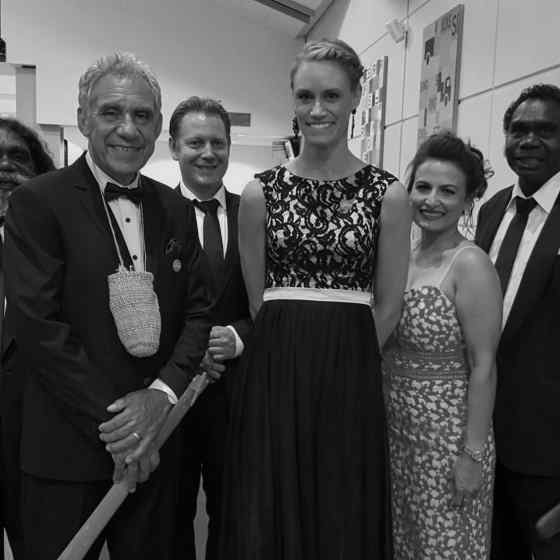 In the Northern Territory, more than 60 per cent of assault offences are associated with family violence and 82 per cent of domestic violence victims are women.

This is the horrifying reality facing people across the Territory and particularly Indigenous women, who according to the National Plan to Reduce Violence against Women and their Children are 35 times more likely to experience domestic and family violence than non-Indigenous women.

This is why tonight, at the Rirratjingu Aboriginal Corporation (RAC) White Ribbon Dinner in East Arnhem Land, the Rirratjingu are joining with NO MORE Campaign founder, Charlie King to call on the community to address the scourge of family violence.

“Family violence tears communities apart and we must be doing all we can to eradicate it,” said RAC Chairman, Bakamumu Marika.

“Today we stand together and call on businesses, sporting clubs and the community, to not only say ‘no more’ to family violence, but put in place the measures necessary to drive the change.

“This is about creating cultural and institutional change throughout society.”

The Dinner which will host 400 guests and see a range of artists from Yothu Yindi to Shellie Morris perform, is the major anti-domestic violence event in the region and will see significant funds raised for the NO MORE Campaign.

The event will also see the local Djarrak Football Club unveil their Domestic Violence Action Plan, which requires the club to provide family violence education sessions and commits players and officials to adhere to a range of standards and protocols.

NO MORE campaign founder, Charlie King said the entire country must come together and act to stop family violence.

“We must encourage the nation to rise as one and act on family violence. It can’t be left to too few,” said King.

“We are working with people like the Djarrak Football Club, businesses and community organisations, and urging them to come up with a plan to reduce family violence in their respective communities.

“I commend the Djarrak Football Club on their initiative and urge others to follow their lead.”

As the largest private funder of the NO MORE Campaign, the Rirratijingu are backing the outstanding work of Charlie King and working in the community to stop family violence.

“Addressing family violence is about respect, and addressing the abuse of power within a relationship,” said RAC Vice-Chairman, Wanyubi Marika.

“We all have a responsibility to stop family violence in our community by setting the right examples for young men and calling other men out if they disrespect women.”