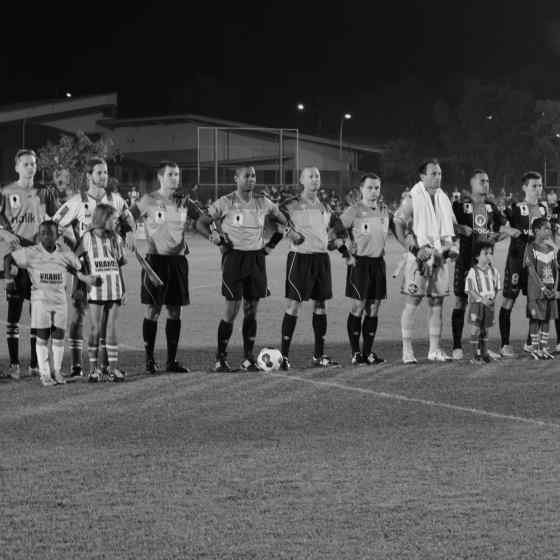 Tomorrow’s match between Darwin Olympic SC and Adelaide United will begin with the symbolic linking of arms as both teams say NO MORE to family violence.

“Family and domestic violence is rapidly being recognised as an epidemic. More than 50 Australian men and women are killed each year,” he said.

The NO MORE campaign uses sport to change the way the public views domestic and family violence. The linking of arms is a symbolic statement demonstrating that all players who link up are committed to ending the violence.

“Sporting stars are raising awareness about the issue and sending a strong message to their spectators that family and domestic violence is never acceptable,” said Mr King.

Darwin Olympic SC verses Adelaide United at 8 pm on Wednesday 5 August at Larrakia Park as part of the FFA Cup Round of 32.