Spirit of the Game Award - Netball 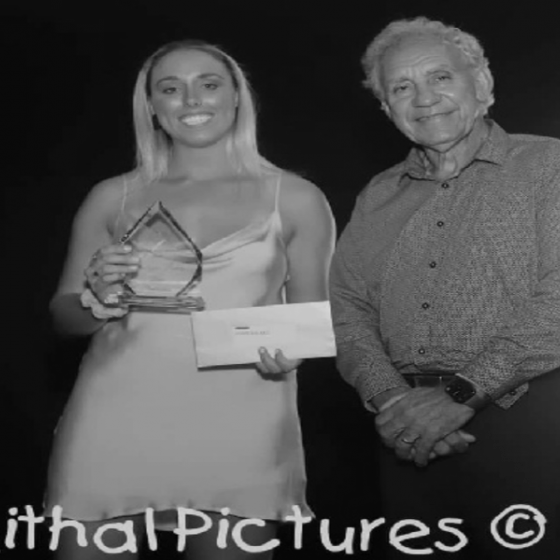 Tracy Village Falcons centre, Georgia Luhrs, won the Darwin Netball Association’s Spirit of the Game Award for season 2021. Charlie King presented her with the trophy and a cheque on the 4th of September at the Association awards night.

The award, initiated and sponsored by NO MORE, recognizes a player who respects the game, their opponents, their team mates and the officials. Georgia was a worthy winner of the award and her team went on to win the Grand Final. Georgia was also named as the centre for Team of the Year.

Congratulations Georgia for a wonderful season.