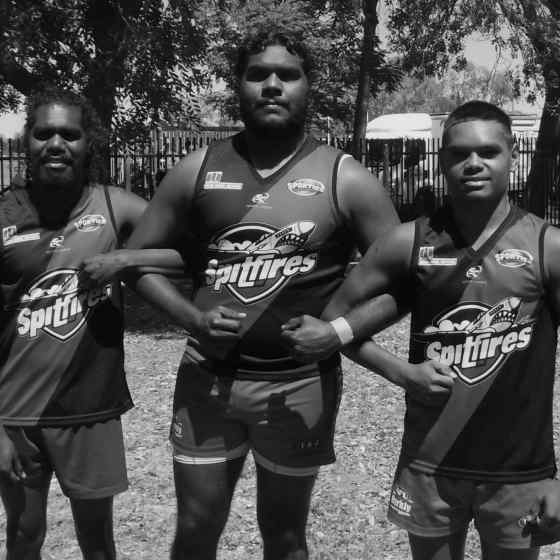 The Sporties Spitfires Football Club is set to be the first sporting club in the Barkly Region to launch an in-house domestic violence action plan.

On field success has been a hallmark of the AFL Barkly foundation club since its formation in 1989, and the Spitfires will once again be looking to add to their impressive premiership record when they contest next weekend’s grand final at Purkiss Reserve in Tennant Creek.

While the club’s 11th premiership flag is the main focus for the weekend, the Spitfires will also be making a significant off-field community leadership commitment on Friday 18 September when it formalises an agreement to work with the NO MORE team to develop its domestic violence action plan.

Spitfires coach and committee representative Randall Gould has been a part of the club’s many on-field successes over the years and he believes sports clubs can have, and should try to have, a positive influence on community standards.

“By adopting a domestic violence action plan and working alongside the NO MORE campaign our club can play a role in helping to promote better community awareness on family violence issues, and develop club strategies to better assist those within our ranks that are impacted by it,” said Gould.

Alice Springs based NO MORE campaign workers Roy Arbon and Stan Coombe have been working towards getting local sports clubs to implement their own plans, and the Spitfires’ commitment comes shortly after AFLCA Division 1 grand finalists Ti Tree Roosters made a similar commitment earlier this month.

“We want all local sports clubs to consider this approach, and we commend the Sporties Spitfires on their pro-active response by becoming the first football club in the Barkly region to put their hand up to officially adopt a DVAP,” said Arbon. 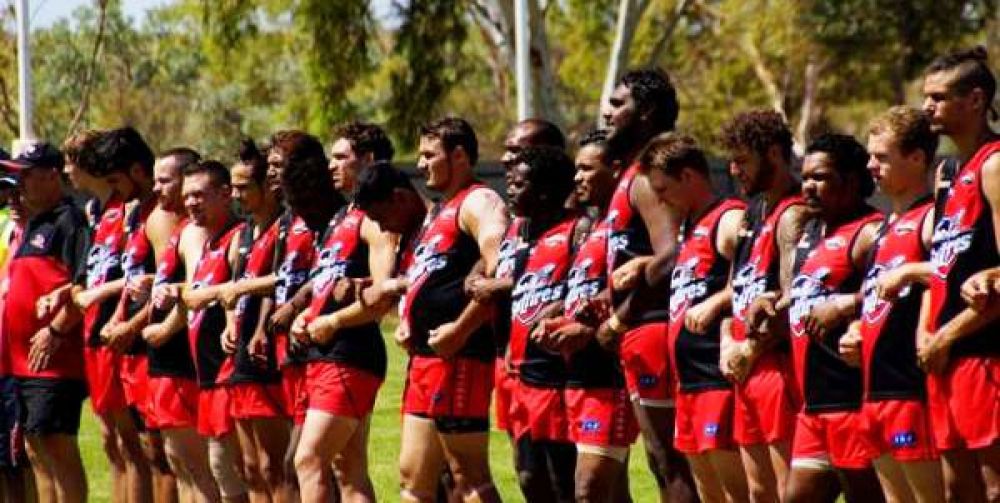