The Ti Tree Roosters Football Club is set to be the first sporting club in the Alice Springs region to launch an in-house domestic violence action plan.

The Roosters have made a successful return to AFLCA football this season and will play off in the Division 1 grand final next weekend.

While the club’s on-field success has been uplifting for the community, club official and coach Wayne Scrutton says the time is right for the club to also set some off-field standards that will have a positive impact on the community.

“We acknowledge that in our football team, just like most others around the country, there are likely to be some players that have had, or are having domestic violence issues.

“By adopting our own domestic violence action plan and working alongside the NO MORE campaign our club hopes to play a role in assisting those players to change their behavior, and better educate the next generation of players coming through about how family violence can be prevented and avoided.

“Our football club is a source of great pride for the people of Ti Tree and its surrounding areas. We think its standing in the community makes it an ideal avenue through which to promote and uphold acceptable community standards,” he said.

Alice Springs based NO MORE campaign workers Roy Arbon and Stan Coombe have been working towards getting local football and other sporting clubs to develop their own domestic violence action plans.

Mr Coombe said they want all local sporting clubs to consider this approach, and commend the Ti Tree Roosters on their pro-active response to becoming the first sporting club in the region to adopt a domestic violence action plan. 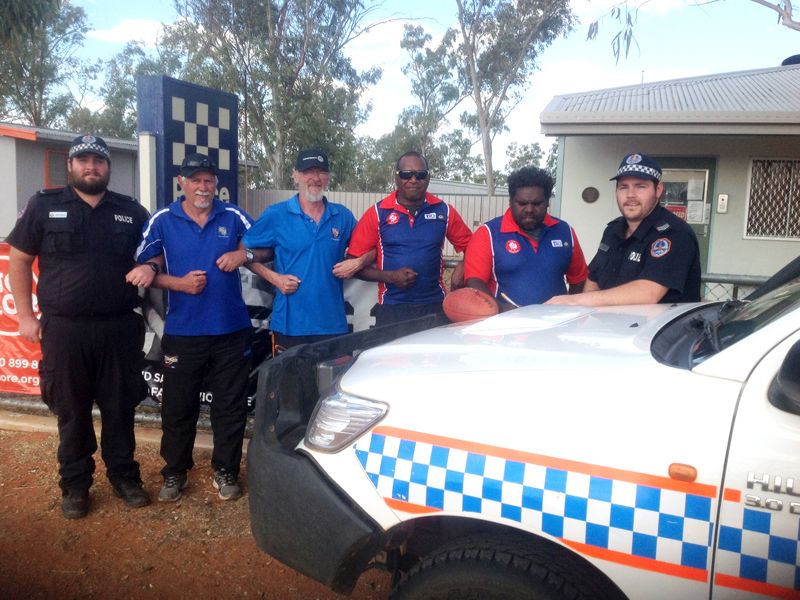